Do not use your gun for anything except defense against an imminent deadly threat.

The goal of true self-defense is to create enough dysfunction in your attacker that you can escape safely. If you can escape without firing a shot, you should make every effort to do so. This video shows one man shooting another man over a $16 hatchet. The shooter was “defending” his property, as he believed the man he shot was shoplifting a hatchet. The local district attorney filed charges against the shooter. The case will very likely go to trial and, from what we see on the video, it may not go well for the shooter. Unless further information comes out, the shooting does not appear justified.

Yes, theft is frustrating. Yes, we should have the right to defend our property. But the courts have ruled that any use of force must be “objectively reasonable.” It is unreasonable to kill a person over the attempted theft of a $16 hatchet.

Now, if the shoplifter were attempting to use that stolen hatchet to kill someone, then the game changes. But because we are the good guys, our actions must be in reaction to a deadly threat. That means we have to keep our distance and wait to see such a threat. If the threat does not materialize, you can’t use force.

You may disagree with this, but you will be voicing that disagreement to a judge and jury. We, as responsibly armed Americans, cannot be mistaken in our deadly force decision-making. We must do the right thing. Using deadly force to stop shoplifting is not the right thing. Know the laws of your jurisdiction. Reserve deadly force as the final option in your personal-protection plan.

Is Someone Trying to Kill You?
This is the overriding question in the use of deadly force. Do you reasonably believe that someone is trying to kill you? Can you articulate this reasonable belief to other reasonable people? Would those people with the same information you had do the same thing? These are the pivotal questions in determining if deadly force is justified. 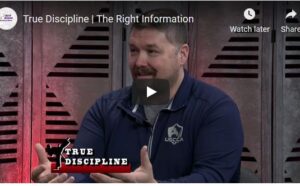 Become a member of USCCA

Have you heard about the New Rules of Marksmanship?

CAN YOU FACE A THREAT OR AN ATTACK?